The library plays an important part of the daily lives 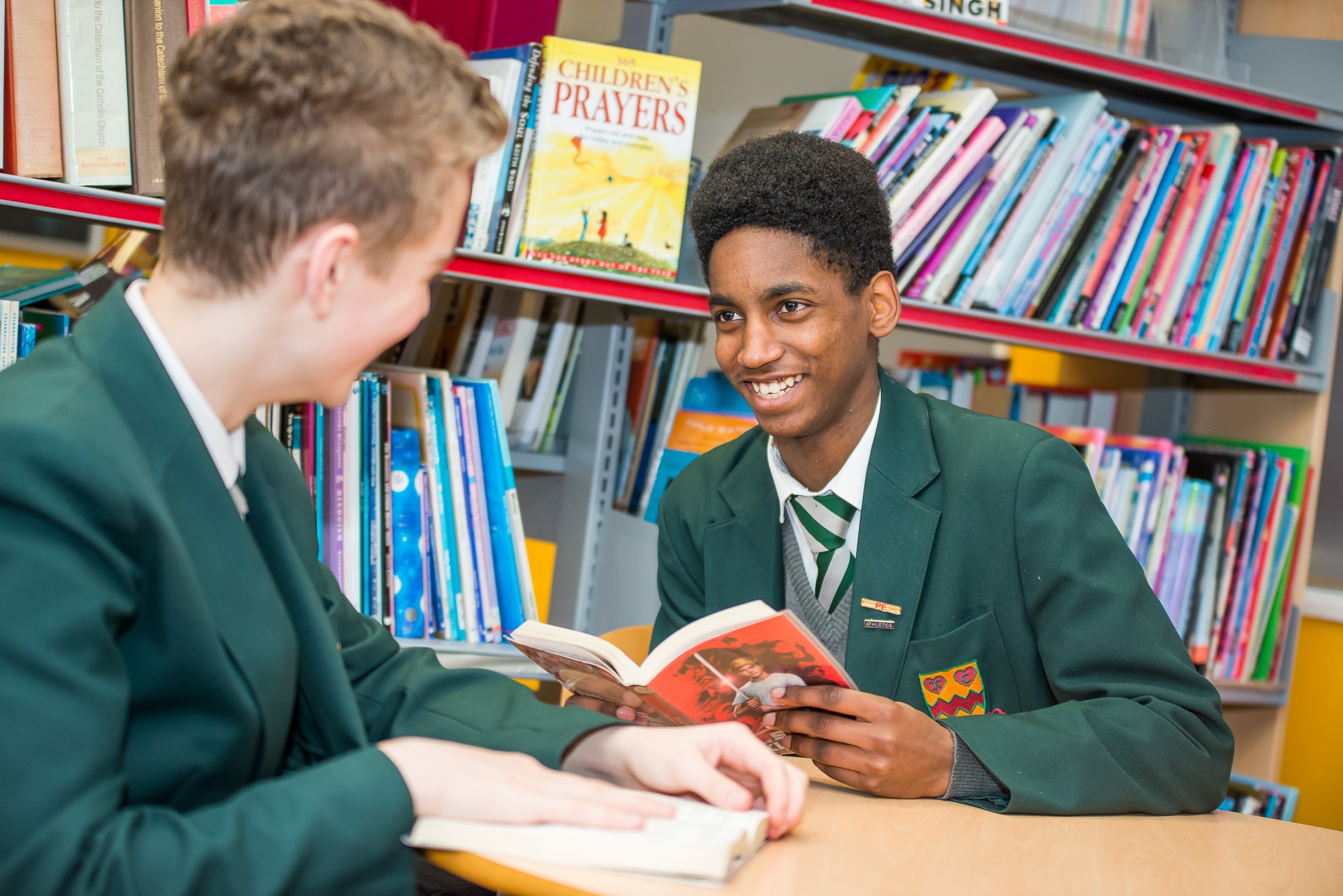 of all Newman Catholic College’s students. Reading for pleasure and independent learning are both important parts of school life and the Library is the focus of both. Students can borrow two books for two weeks which allows them to broaden their reading beyond the prescribed texts.

A library is not just a place for books but an access point for information and resources. Information is an essential part of our daily lives. We access information in a multitude of ways through books, internet, radio, pamphlets, advertisements and newspapers. This is the way we navigate through the world and expand our horizons. Part of the crucial role of our Library is to ensure that the students can navigate information systems, assess its suitability and apply it to their learning. Developing research and study skills will not just assist students throughout their time at Newman, but support them for their whole lives.

The library is not just a place for learning but to also be inspired. The library at Newman has access to fantastic fiction, awe inspiring stories of courage, daring and hope. The school has recently invested in some new fiction books and changed the aspect of the shelves, which has made the library more inviting and easier to navigate.

All pupils in Year 7, 8 and 9 have access to the Accelerated Reader system, this allows them (and their teachers and parents) to track and manage their reading. After completeing an adaptive reading age test pupils’ reading ages are recorded and they are encouraged to read books in line with their reading age. After they have finished a book pupils can take a comprehension or vocabulary quiz, score points and work towards a reading target. Once a pupil have achieved his target he is awarded a prize and a certificate with big reading achievements celebrated with trips at the end of each term.

The library is open for students between 7.45am and 5.00pm. Students can access the library before school, during break and lunchtime and after school.

The student librarians attend regular duty in the library. They are selected for their enthusiasm and regular use of the library.

The Junior Book of the Week is:

The Senior Book of the Week is:

There are five computers in the library which the students can only be used for school work. In addition to reading support and student book groups the Library is a place where students can play chess, scrabble and other games, enjoy craft activities (at set times) and take part in quizzes.