New and returning students were welcomed back by Mr Molokwu on Friday 7th September during a special induction assembly. The assembly allowed the sixth form team to reiterate expectations for year 13 students and also to outline expectations for the new intake into year 12. The assembly specifically supports students who are new to the school and the sixth form and addresses issues such as uniform, attendance and punctuality procedures, careers, such as apprenticeships and university, the enrichment programme, Catholic and spiritual life of the school and also student services.

“I wasn’t to sure what to expect coming to Newman as I had previously been in another school. I was a bit nervous and worried about it, but when I met all the teachers and listened to what was expected I felt relaxed and calm.” (Rehan Abbas 12 Benedict)

The Sixth Form is committed to the development of students not only academically, but also spiritually, morally and culturally. As such, all students actively engage with The Sixth Form Enrichment Programme. All students participated in a special assembly where the importance of the enrichment programme was explained to them and students were given brief presentations on the wide variety of activities they are able to undertake. Activities include volunteering in local primary schools and participating in London Citizens. The enrichment programme is vital to the sixth form as not only does it allow students to develop spiritually and morally, students can also develop mandatory soft skills such as; confidence, communication, resilience and leadership skills.

Into University is an organisation that the sixth form have worked closely with for a number of years. Into university provide academic mentoring that supports young people to achieve their aspirations. Specifically within the sixth form, Into University have worked with students this term to deliver an Independent Living Workshop for Year 12 students and a Personal Statement Workshop for Year 13 students.

“I am definitely hoping to go to university to study after I finish at Newman. This workshop gave me much more of an idea of what to expect, but also how much everything costs and how to budget!” (Romik Manji 12 Francis)

“Applying to university can be a confusing and difficult time, especially going through the UCAS application process and writing a personal statement. I was really happy to be given support with my personal statement from Into University. They have given me more direction and guidance to ensure that I write the best possible statement and get onto my chosen course at university.” (Hubert Makuch 13 Francis)

The Sixth Form successfully planned and implemented a coffee morning to support research for those suffering from cancer. Local organisations donated cakes and also cakes were made and donated by different members of staff. Staff and Sixth Form students sat down together during break time and enjoyed hot drinks and a slice of cake together. This is the second year that the Sixth Form has undertaken this charitable event with excellent success.

A number of confident and determined students applied for the role of Headboy and Headgirl. These students were all tasked with writing a short speech and delivering this in front of their peers and a number of different staff, including the Headteacher. All students spoke with confidence and great poise and made some fantastic points as to why they should be elected. Later on during that week, the sixth form was turned into a polling station and all students and staff were given the opportunity to vote for who they felt should be appointed to the role. Once votes have been counted the new Headboy and Headgirl will be announced, and begin working on how to deliver continuous improvement for the sixth form from a student perspective. 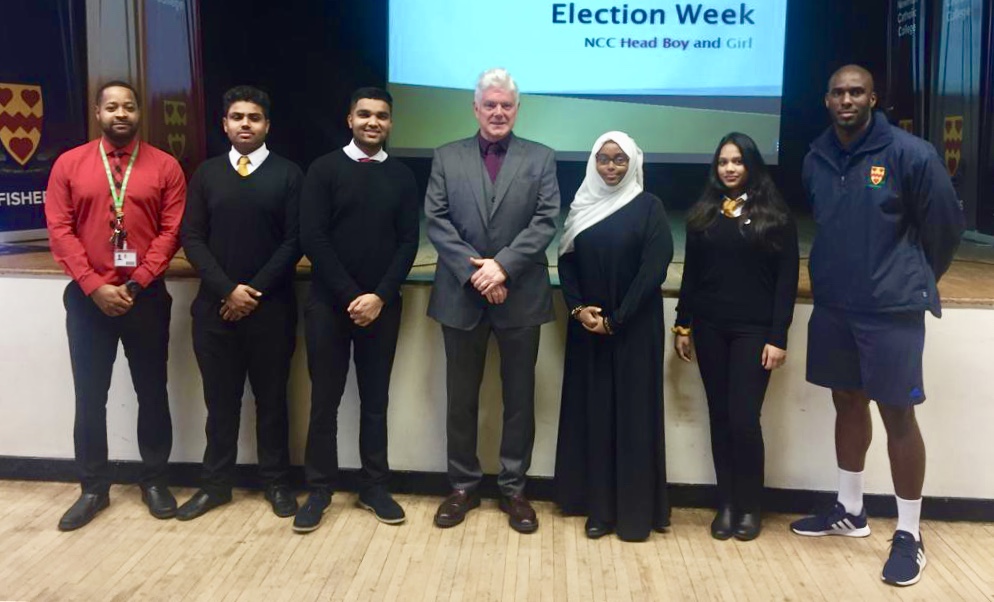