The Newman Cup is an annual Football Tournament which we host and which involves our local primary schools.

The Newman Cup was organised by our own staff member Mr Pacquette. (Mr Pacquette is a former QPR and Dominica International Player https://en.wikipedia.org/wiki/Richard_Pacquette ) This year we had five local primary schools competing in the Newman Cup. The schools who took part were St Robert Southwell, John Keeble, St Mary's Kilburn, Leopold and Malorees Primaries. It was a fierce competition with results calculated on a league basis. The winners of this year's Newman Cup were Malorees Primary School who had the most points. Congratulations to all. 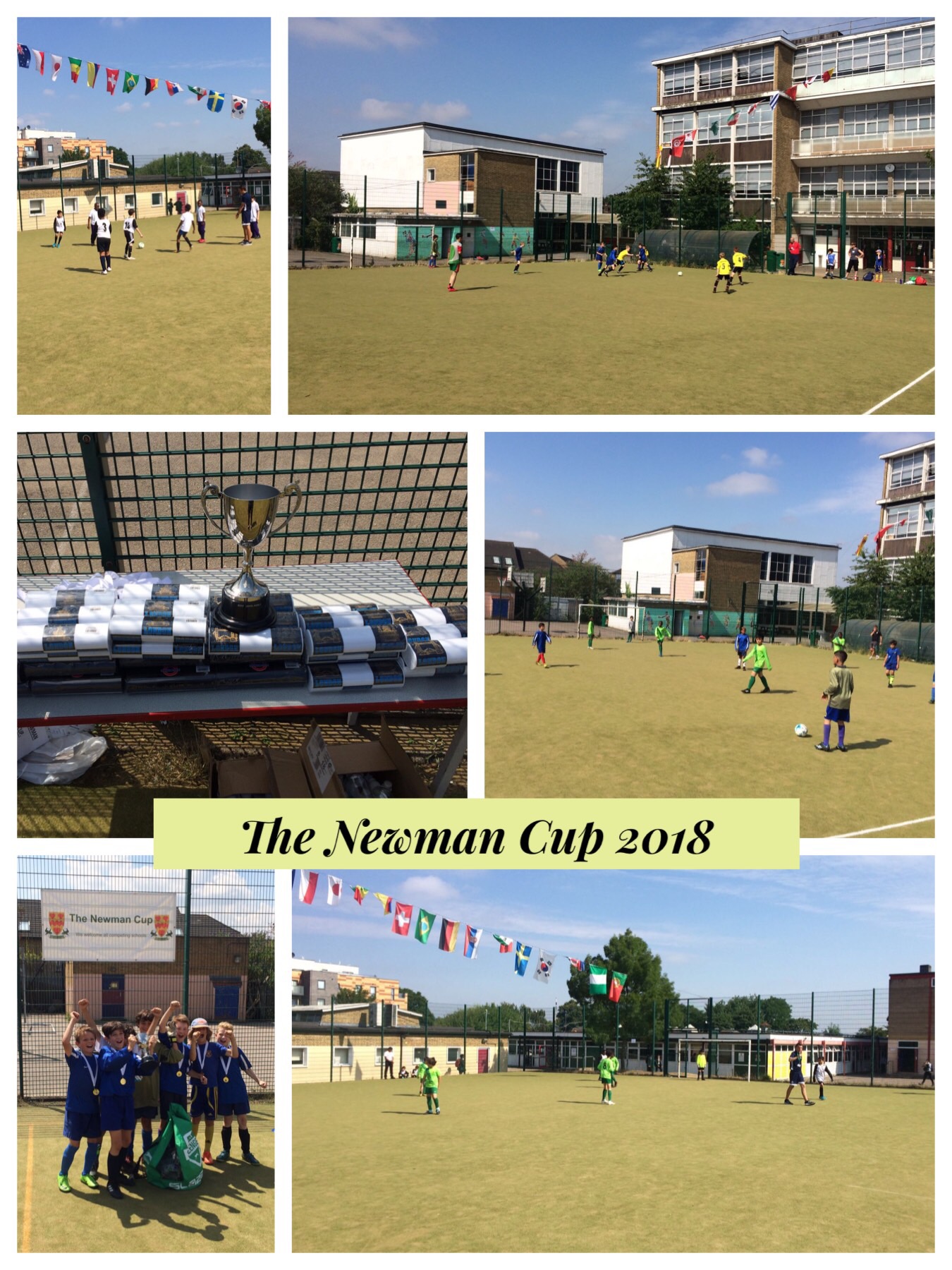