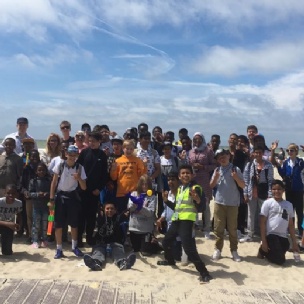 A number of trips took place during the last week of term. There was a Reward trip for children who attained 99% and above attendance. Clacton-on-Sea is a popular  tourist destination, so it's no surprise that students from years 7 and 8 certainly had a wonderful day out, on Tuesday 11th of July. As we ate our packed lunches and played in the sand, the sun danced on the glistening sea bidding us welcome on our day out! The whispering waves promised joy and we were not disappointed. The old man pier groaned beneath our weight as we thundered on the magical rides! Football on the beach, collecting shells and building sand castles, all childhood memories never to be forgotten from our Activities Week 2016.

On Friday the 8th of July, 42 NCC students and 5 teachers went to the North of France, where they went to the Le Touquet beach. They all had a great time playing in the sand, trampolining and site seeing. Many of our boys played football and participated in competitions. The latter preceded a visit to a chocolate factory, where students were enthused by the demonstration of the chocolate making process, followed by a long awaited tasting session. The day ended with a spot of shopping at Val d’Europe before heading to the euro tunnel back to London. Sebastian, a year 9 student, reports being ‘excited to discover land he’s never seen’, while Nimiere and Oskar, two year 7 boys, had to utilise their language skills to negotiate access to the beach playground. Similarly, Pedro had to ask for an exchange, in the target language, for his broken toy.  Ayoub and Mukhtar from year 10 simultaneously said ;" it was the best trip ever!!!"

We look forward to providing the boys with another fun ,cultural experience next year to France… and even to Spain… so get your passports ready!!!

The Science Department also took 50 Year 10 students on an awards trip Paintballing in Surrey. This was due to their attitude, behaviour and progress throughout Year 10. When we arrived we were split into two teams; Blue and Red. We played in different places over the campus. By the end of the 2nd game the Blue were in the lead by 2 points and seemed to be the better team both tactical and in speed. But after lunch and some great tactics from the red team, they managed to win the game and overall we ended up in a draw. The experience was outstanding, the boys and staff had a great team and it taught the boys some great team working skills.
A number of students took part in the 'Going for Green' progress reward trip to Thorpe Park. A fun day was had by all. The more daring students joined the queues for the hair-raising and exhilarating rides.

There were also trips to Global Media and Whipsnade Zoo. 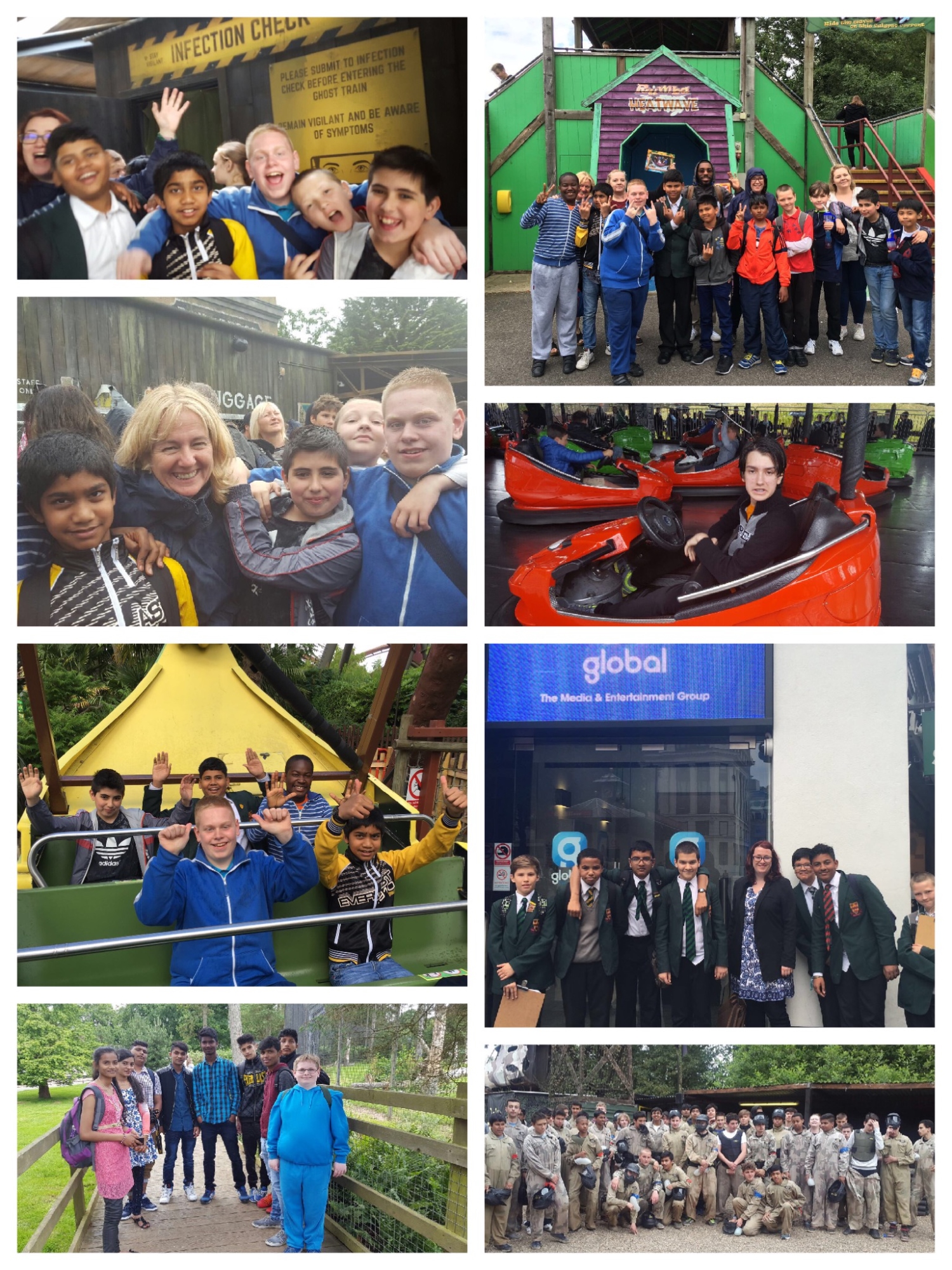