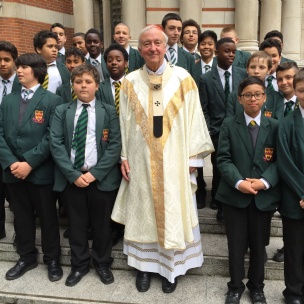 On 21st June, we took part in the Good Samaritan Mass at Westminster Cathedral

Cardinal Vincent Nichols celebrates the Good Samaritan Mass every year with Catholic Secondary Schools in the Diocese who have been raising money to support the Crisis Fund of the Catholic Children’s Society, Westminster. As part of our Lenten fundraising, Newman Catholic College collected £300 for this worthy cause.

The theme of the mass 'Merciful Like the Father' this links to the Year of Mercy. Catholics around the world are celebrating the Jubilee Year of Mercy. Pope Francis chose mercy as this year’s theme because he believes that there is not enough mercy in the world. If people did act with more mercy, the world would be a better place. We were  very lucky to see the Door of Mercy at the Cathedral. Holy Doors are opened in some Cathedrals and churches across  the world during the Jubilee Year of Mercy. This is so that people who cannot journey to Rome can still experience walking through the Holy door. Holy Doors are opened at the beginning of the Jubilee and then sealed again at the end of the Jubilee. By walking through the Holy doors, people are asking God to forgive them for their sins (things that they have done wrong). This means that they are moving closer to God. 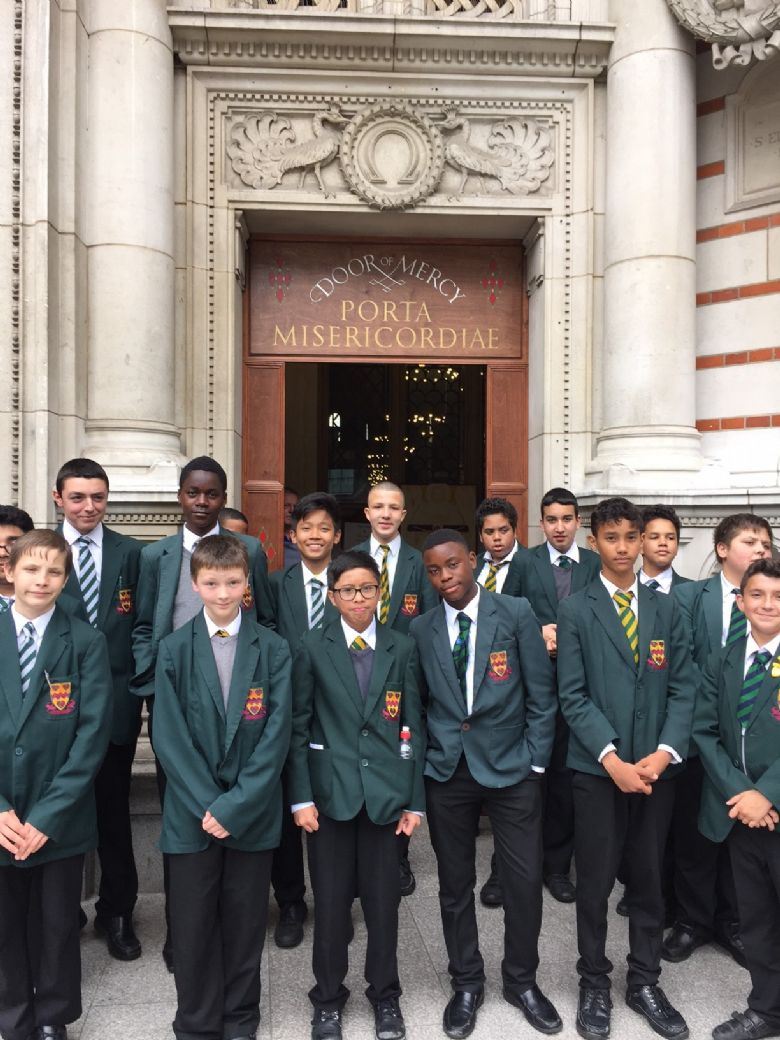