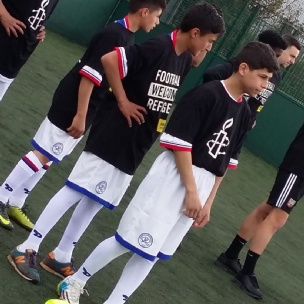 The English Football League were approached by Amnesty International to set up celebration football matches at clubs across the country as part of their campaign 'We welcome Refugees'.  Queens Park Rangers said 'Yes' to being part of this awareness raising program and, together with Brentford FC, arranged for an Under 16 squad to be recruited and to play prior to their main game on Brentford's pitch on Saturday 22nd April.  James McLynn, Youth & Communities Officer for QPR Community Trust, who is well known to Newman, approached the school to select a team of refugee students for this great opportunity. All QPR youth squad places were reserved for our school.  Ten committed Newman pupils from Syria, Iraq and Afghanistan were selected through trials including four boys who had come to the UK on their own having been separated from or lost their families.  All attended vigorous training, with a number of other keen students in reserve. Even refugee students from other local schools who had attended Newman's Syrian Summer Camp asked to be considered to play for Newman. The Newman squad were accompanied on the day by Miss Amanda who leads on supporting refugee students at Newman and GCSE student, Sahar, from Iraq, who coaches the girls' football club at Newman. Two friendly games were played on Saturday 22nd April between the two youth teams and were widely filmed by QPR and Amnesty International. A number of Newman students were interviewed about their experience as refugees coming to the UK and what was helping them rebuild their lives. It was a fantastic opportunity to offer real hope not only to themselves but to their families and other refugees struggling to find a home here in the UK. There was great comraderie and solidarity between the two youth teams despite hugely differing backgrounds, football experience and even size! We're not sure who won, but it felt like a 'Win-Win for all!The pupils then had the chance to attend the Big match between QPR and Brentford with the honour of standing together with the players on the pitch prior to   kick-off. QPR and Newman are planning to continue this exciting partnership to strengthen the school's refugee community through regular training opportunities and bespoke work experiences. 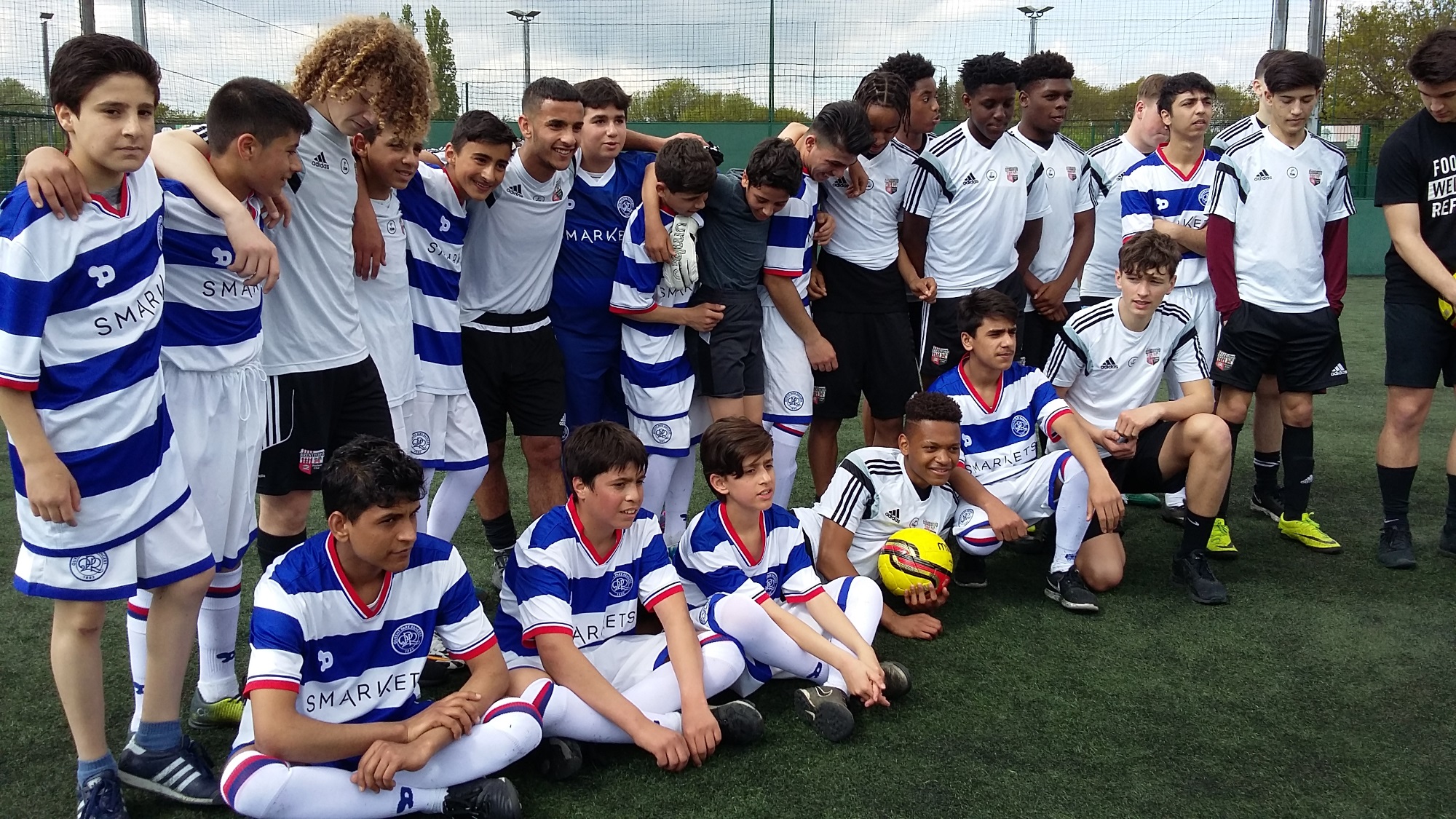 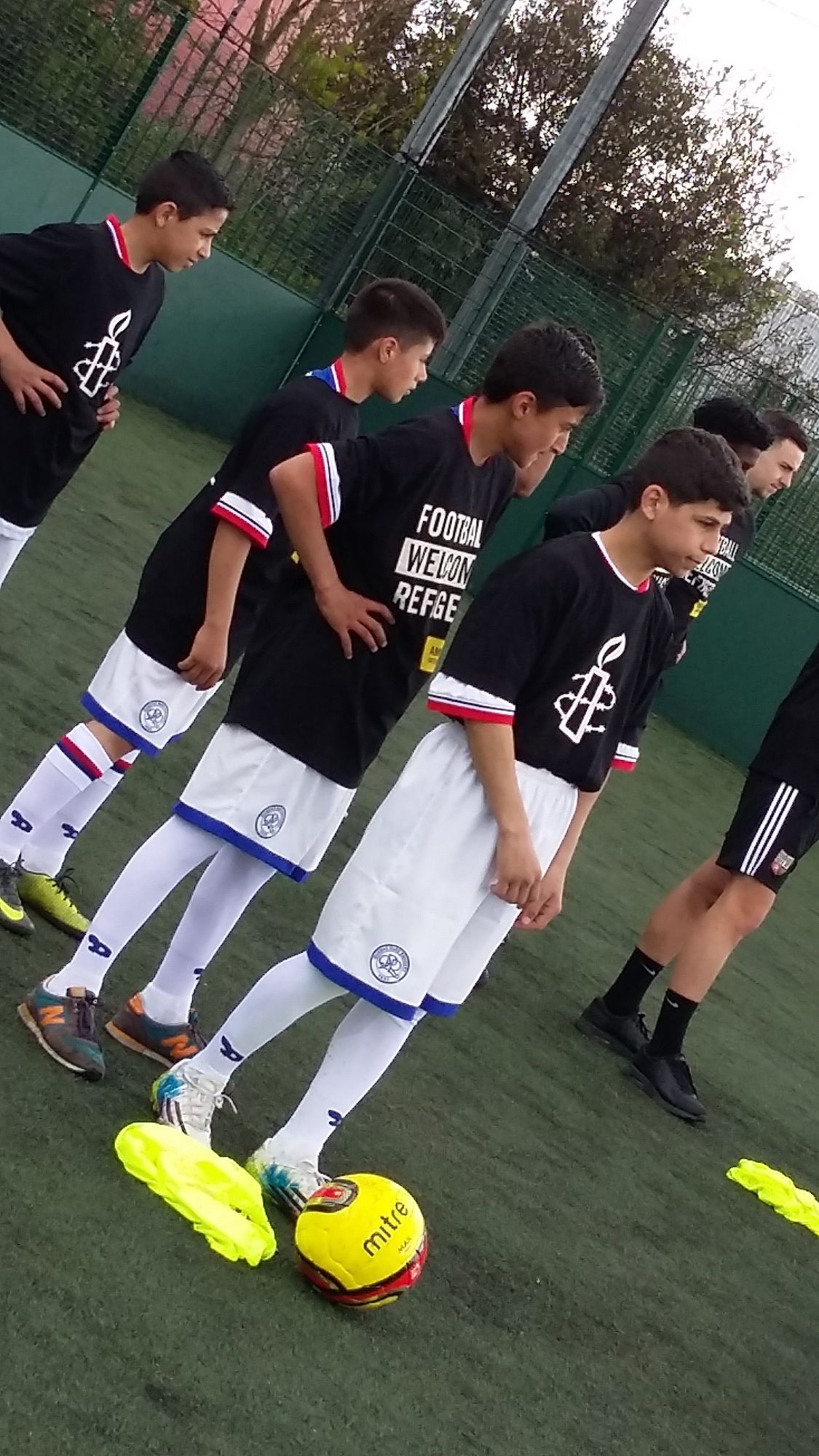 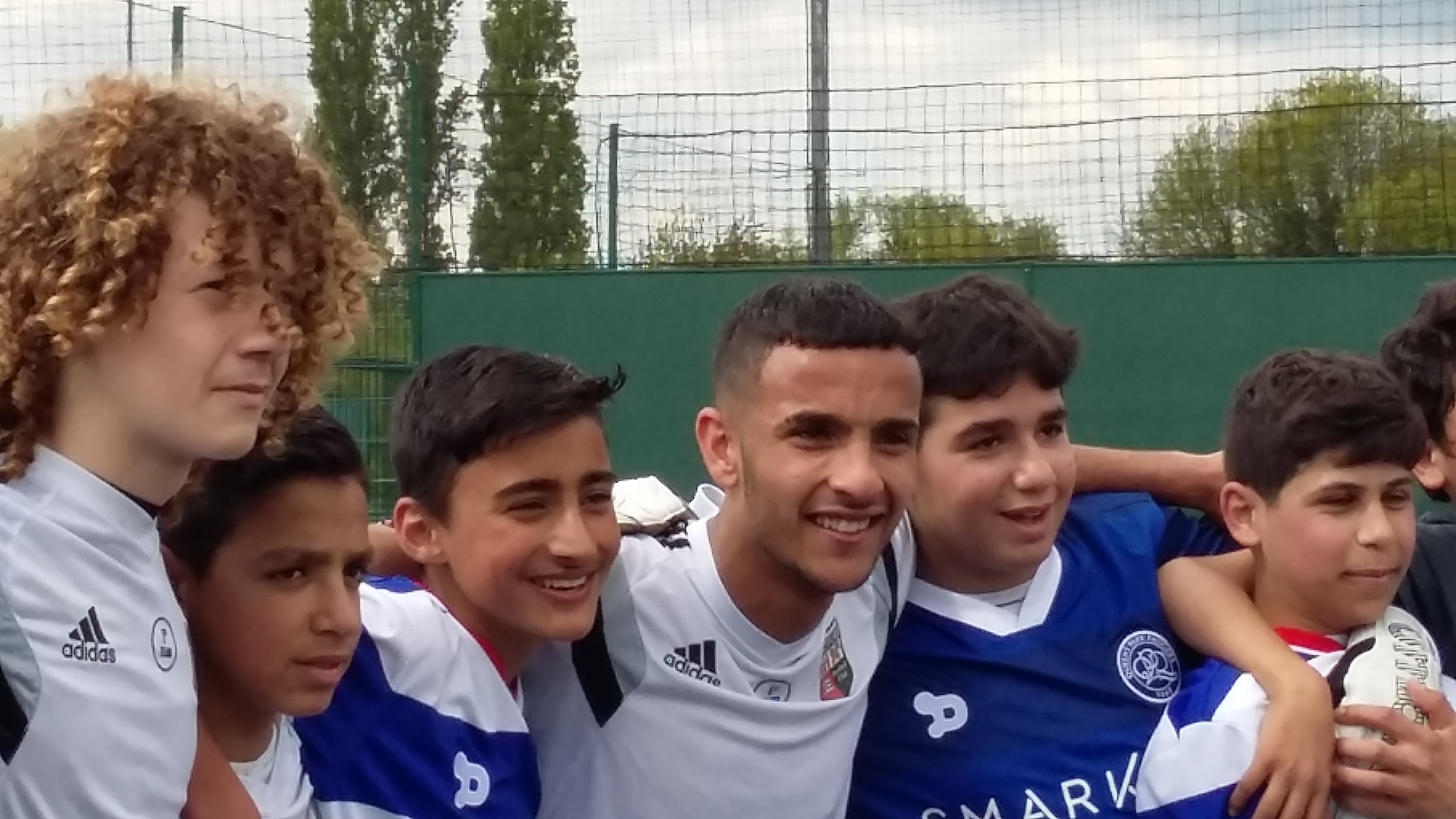 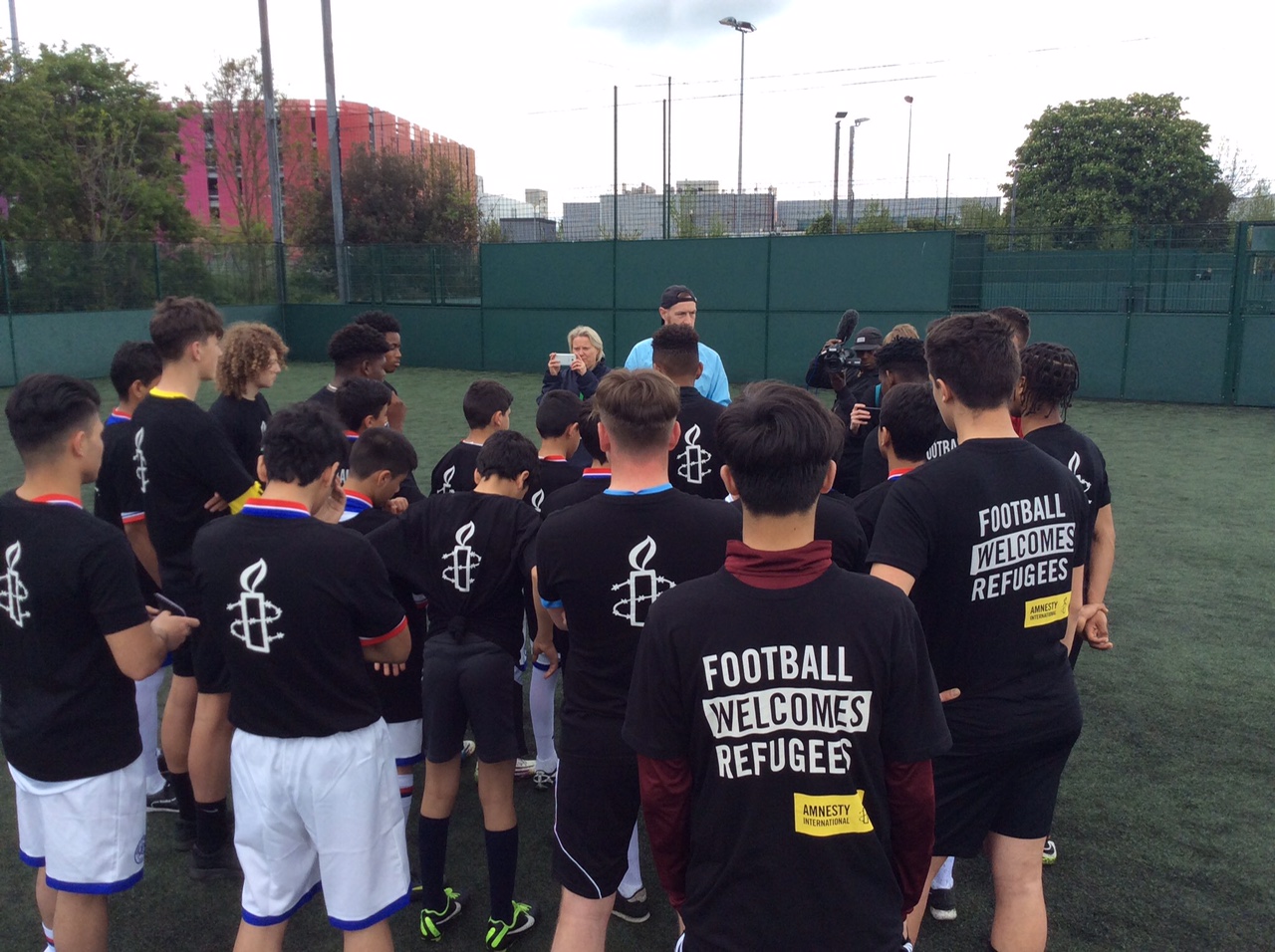 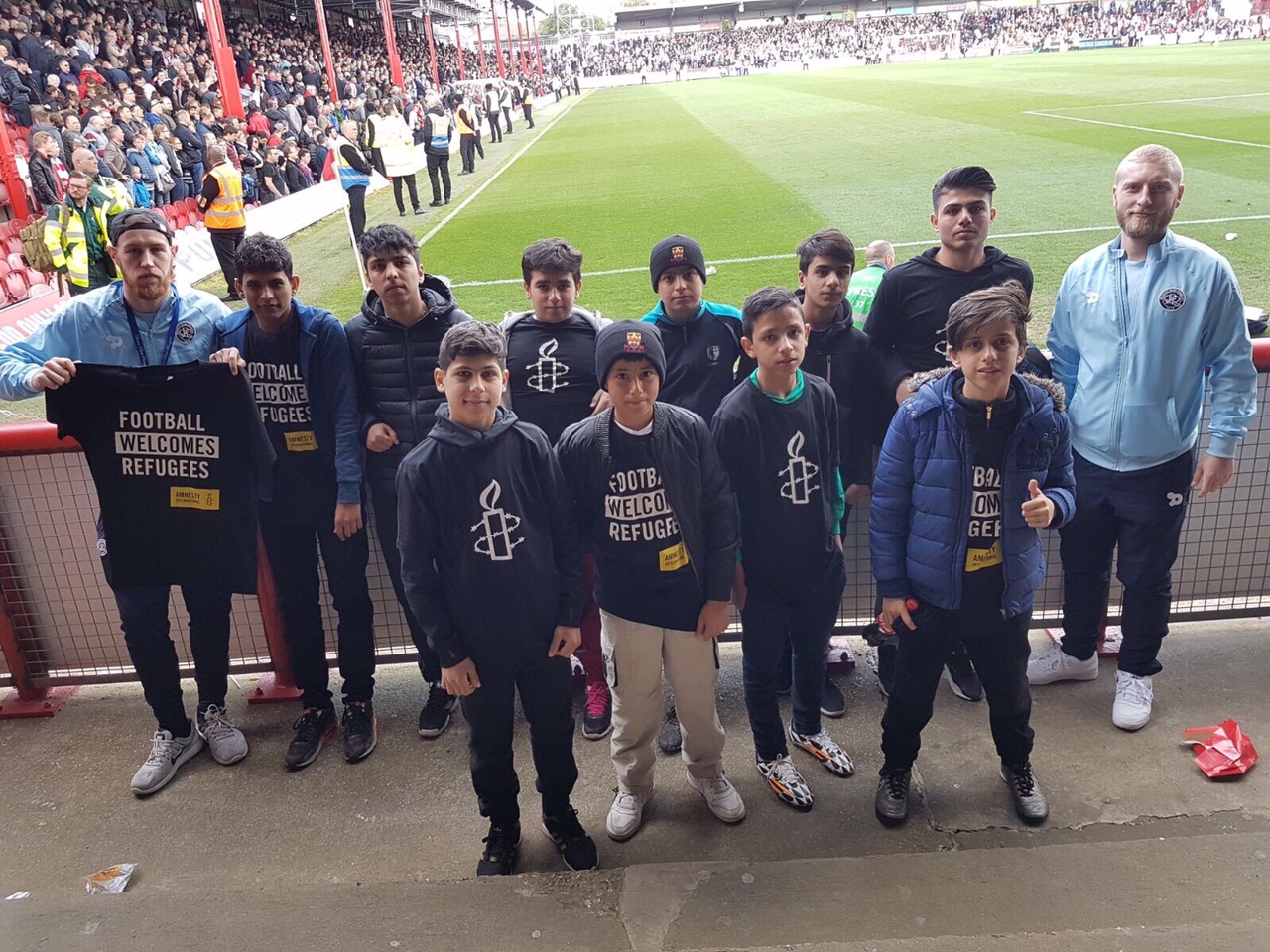 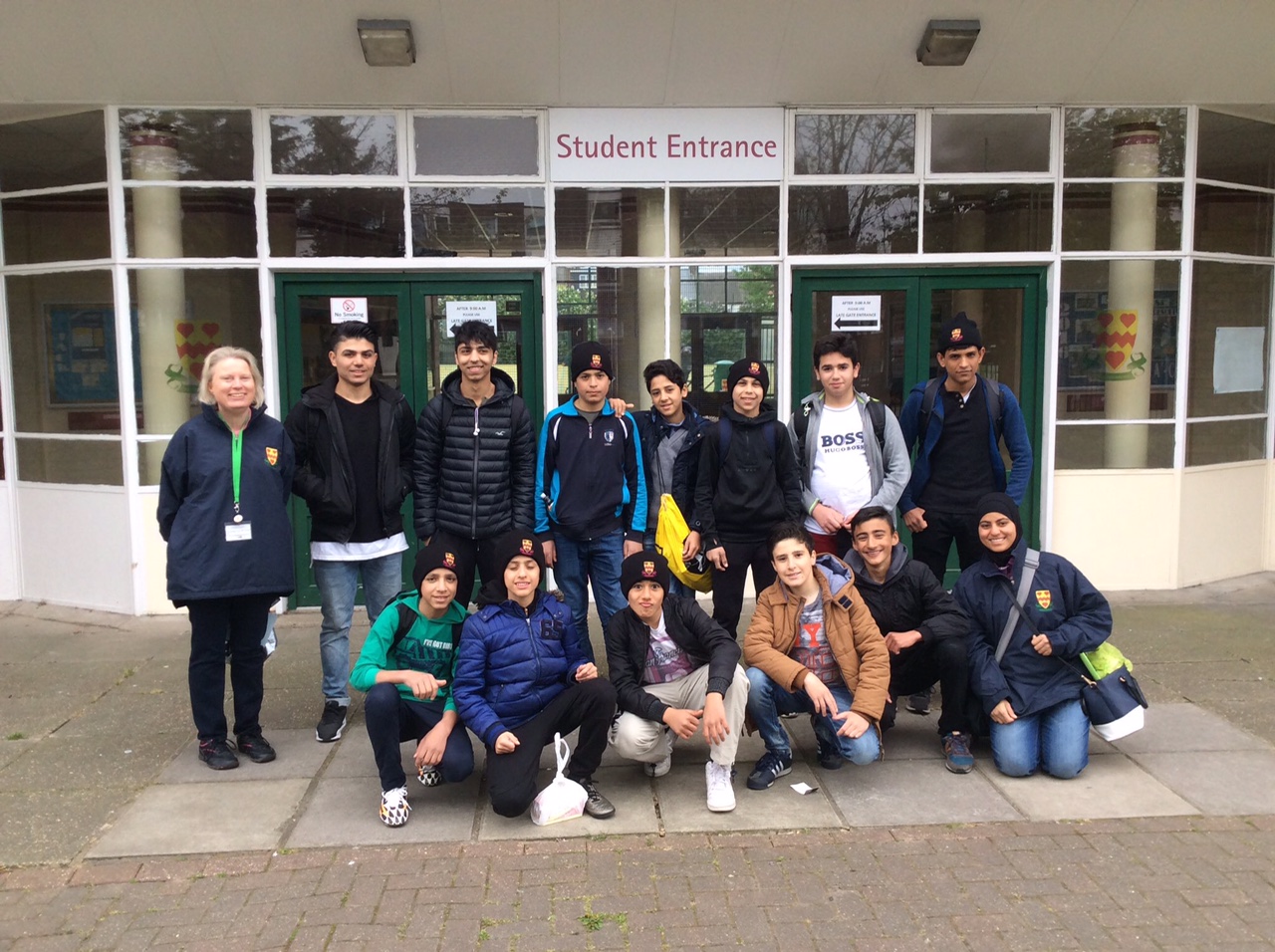 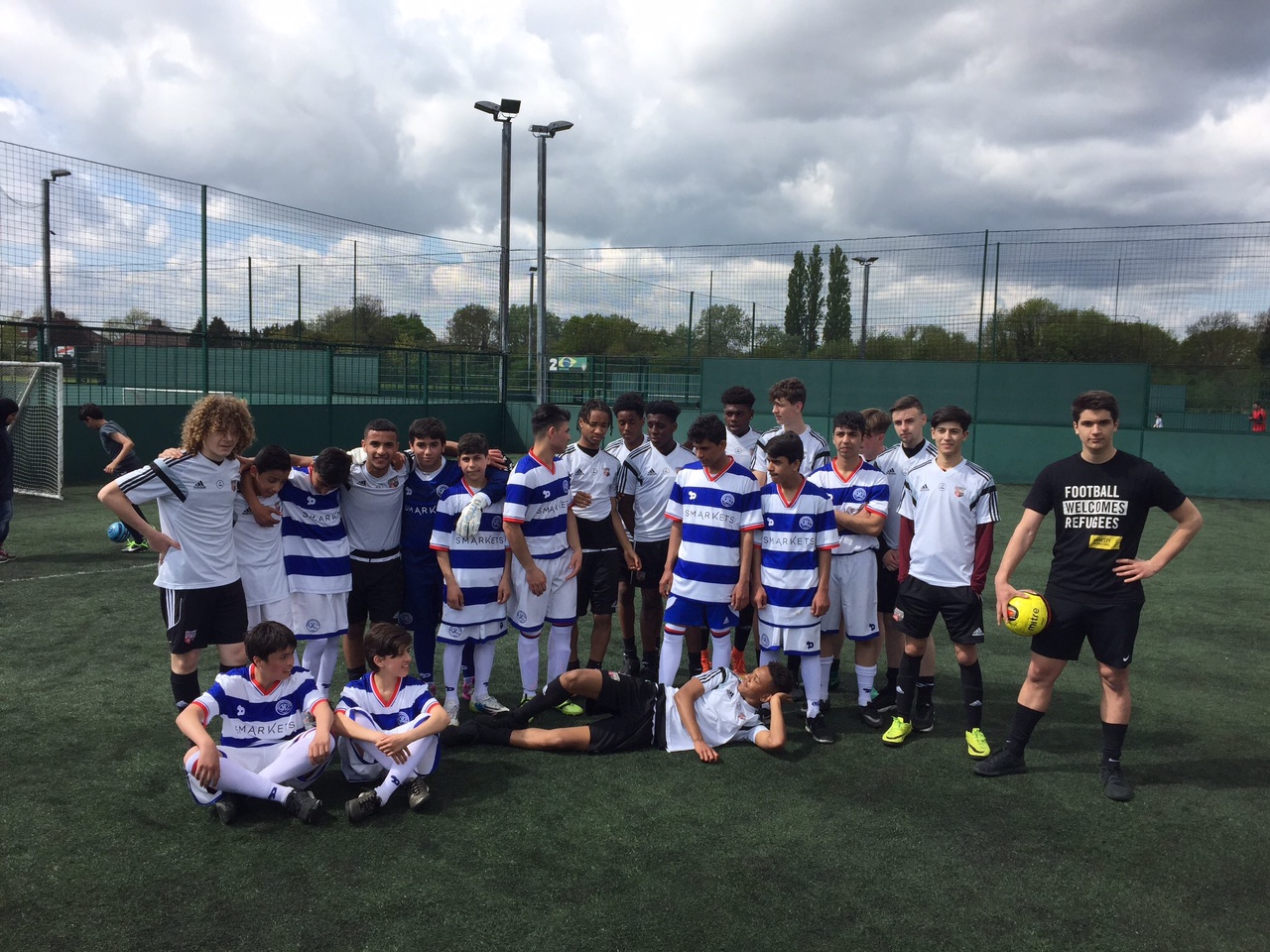 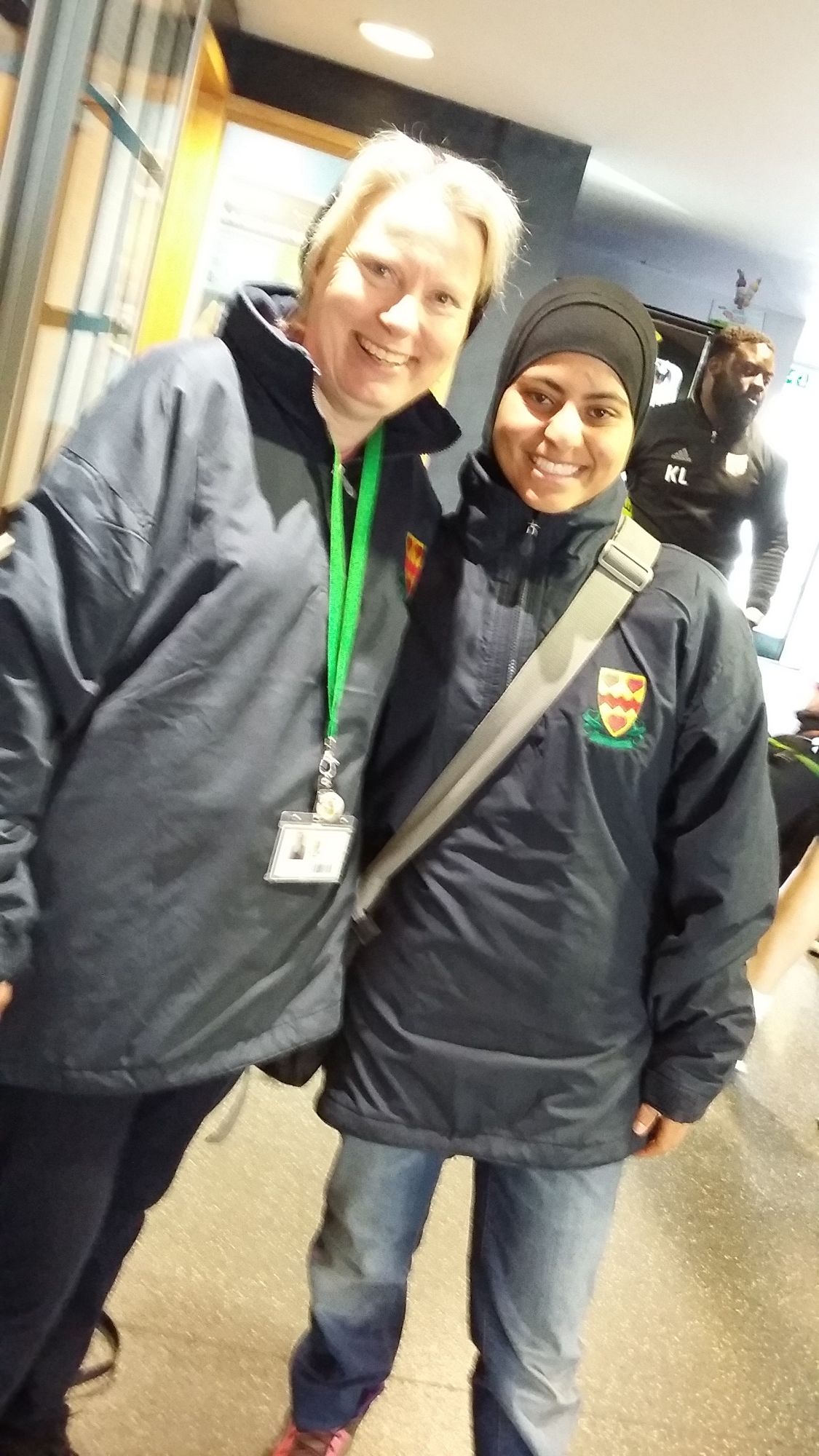